NEIGHBORS — As of June, 2013, Momma Goose, Jonah, and Hansel, Gretal, and Batman have all moved from the road…but they still visit.

Hansel, Gretel, Batman — children ages 9, 7, and 5 who are homeschooled and visit regularly until they moved in June, 2013 — they still come by, though.

Arly — Beagle (and maybe some others mixed in there somewhere) born on September 12, 2013 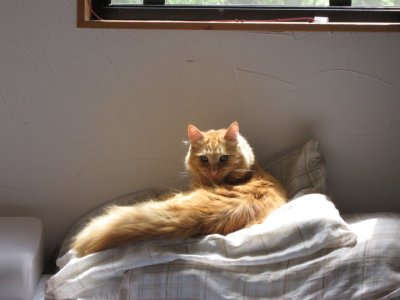 The entire chicken family tree: Kimber the banty hen mother alone on the top branch; Kimber’s chicks on the middle branch in this order — Dusty, Stevie, Marilyn (killed by raccoon), Steve (sold at auction), Spot, Tux (sold at auction), Blackie (killed by raccoon) — and, on the end is Leah, a Rhode Island Red; the bottom branch has the two Wyandottes, Anna and Danielle, then the two Ameraucanas, Jane and Cheetah.

OUR ROAD…and the pothole mobile. 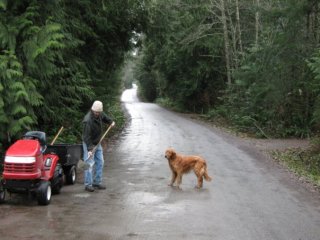 12 responses to “Cast of Characters”